The Aries New Moon on April 14, 2010 fell into my 9th house, the area related to expansion, perspective, beliefs and higher truths. Because it was in square aspect to the latest Solar Eclipse, it also squared off my SAD Mercury, who had been triggered by the Solar Eclipse and is an indicator of the manner in which I make connections, think and associate, assimilate and disseminate information. In Capricorn, it lends a matter-of-fact interpretation with an inclination toward pessimism to my natal truth-seeking, philosophizing Sagittarian Mercury. So, by encountering this cross-roads, I had reached a turning point on the mental level that challenged my perception of reality severely. True to a 9th house experience it forced me to ponder about the meaning of life and the purpose I had bestowed upon mine and in this context to become aware of time and other limitations, whereby I leaned toward exaggeration. Highlighted by the Sabian Symbol pertaining to this particular lunation was the following message:  “The possibility for man to gain experience at two levels of Being. Keynote: The revelation of new potentialities – ON PROBATION.”  Thus, the affect was in the sense of an “either/or” experience. 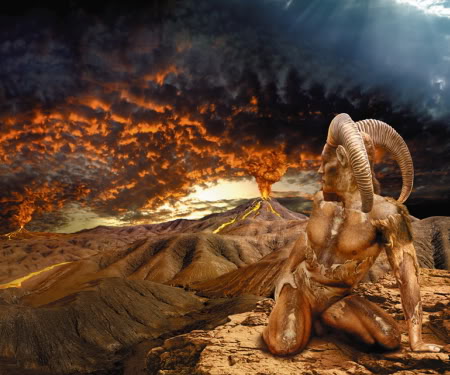 For me that meant to think about the possibility of being seriously, even terminally, ill with the inevitable consequence of a life cut short (i.e. to live or to die; to ail or to heal; to deteriorate or to recover). My visits to the doctor had yielded no results and only led to more tests. While the inflammation was in remission, other symptoms showed and deepened the mystery. Unsurprisingly, since Mercury was retrograde (tracing back steps/information) and Neptune had moved into a conjunction with my natal Saturn in house 6, matters of health have been puzzling and no progress has been made. Endless probabilities opened up with the effect of scaring me out of my wits at times; I felt fragile, vulnerable and treated in a negligent manner, especially after some conditions had worsened and no medication had been prescribed so far. When I looked in the mirror, the huge purplish-colored bags underneath my eyes that rendered my face almost unrecognizable shocked me every single time. Uncertainty turned into fear, which kept bothering and bugging me until I was unable to focus on something else. With transiting Pluto in trine aspect to my natal Ascendant in Virgo I began to obsess about self-diagnosing as I felt compelled to figure out if and when I was going to die by investigating the progressions and transits in my chart and those of the people close to me, such as my husband, my daughter and my sister. I even cast the Solar Return charts for the selected times. This, of course, only led to more speculations and once I had determined a ‘fitting’ date I tried to come up with a different explanation for those conspiring factors , because I wasn’t willing to accept it as proof; neither was I ready to accept such a cursed ending.

Thus, most of my days lately were spent wandering dark mental corridors for hours only to find myself lost in a labyrinth. There were times when I thought I had finally discovered the answer to what ails me, but it turned out to be another wrong path or lead I’ve been following. Came the First Quarter Moon on April 21 with the waxing Leo Moon squaring the Taurus Sun, appropriately termed “the crisis in action”, the drama unfolded accordingly and not just for me. On the day before, did the Sun and Chiron engage in a last degree sextile prior to their ingresses into the succeeding signs, which seemed to have had the effect of ‘pulling a trigger’, because this happened in the last degrees of the signs Aries (fire/firing) and Aquarius (electricity/lightning bolt). An explosion on an oil rig in the Gulf of Mexico would cause the worst oil spill in history, restated in the Sabian Symbols for the First Quarter Moon – an electrical storm, a visitation, the cosmic power able to transform ALL the implications of natural EXISTENCE (for the Taurus Sun) – and – an epidemic of mumps, the infectious SPREAD of individual [or in this case ‘single’] experience (for the Leo Moon).

Because the Aries lunation is in the square position to the preceding Solar Eclipse, the message of the Sabian Symbol for this Eclipse “A nature spirit dancing in the mist of an iridescent waterfall – the ability to perceive the hidden and creative spirit of NATURAL PHENOMENA – the consciousness here becomes SENSITIZED to the downward flow of OCCULT ENERGY” came through loud and clearly and presented moreover a turning point, forcing us into action. With the Aries lunation at this critical point between Eclipses, the hurdle that was to be overcome required a fast reaction to stop the disaster immediately. The Sun’s position in Taurus (plus Mercury Rx in this sign) at the time of the First Quarter Moon however indicates a slow, routine proceeding that led to the dramatization of events, in particular so since BP’s self-centered business practices keep failing to meet the security and safety standards of the industry and therefore, the rig wasn’t even equipped properly for such an accident.

Whereas in my case, it was the doctor who has been failing so far in the ‘creative department’. Although my reaction was quick and I received treatment for the condition I had developed, it was just another symptom of an as yet undefined ailment, analogous to the oil rig spewing out a lot more oil than what had been estimated at first. Therefore, at the time of the Scorpio Full Moon, who coincided with the beginning of a new Sun-Mercury cycle when a seed idea is perceived, “inventiveness”  (keyword of the Sabian Symbol for the Moon) was asked of us to complement  “faith in cyclic renewal” (keyword of the Sabian Symbol for the Sun). As it turned out, it was indeed tough to keep up the faith under deteriorating conditions for which the invented solutions didn’t bring the hoped for results. No wonder then that the “crisis in consciousness” we were undergoing at the Third Quarter Phase on May 6th referred to “creative frustration” (Sabian Symbol for the Sun in Taurus) that had to be dealt with through better management, suggested by “a big business man at his desk” (Sabian Symbol for the Moon in Aquarius). Thus, after arranging for J to take me there, I returned to the doctor’s office once again in a condition that had become almost unbearable, which led to another diagnosis; only this time it was much closer to the ‘real thing’. However, this wasn’t the end of it. The story continues with the unfinished business carried into the next lunation cycle.

An asymmetrical triangle, comprised of the Uranus-Neptune semi-sextile, receiving a sextile and a square from Juno in Taurus, was an important feature of the Aries lunation chart that set us up for distress, discomfort and disappointment. There was a chance of surprising and unexpected developments that would confuse and overwhelm us. Consequently, we would feel lost under those unusual circumstances. We may have also had unrealistic expectations of the people we had to deal with. I, per example, come from a culture with high professional standards and it is my experience that the physician is genuinely concerned about your health and wellbeing. That this attitude was somewhat lacking in the physician who’s been treating me was also evident in the stressful semi-square between Pallas Rx in Scorpio and Ceres in Capricorn. He didn’t seem to be troubled though to send me to a series of x-ray examinations, which isn’t conducive to the health of your body, but it was in the interest of investigating my bone structure for abnormalities. This chart contained moreover the quincunx aspect between Saturn Rx in Virgo and Chiron in Aquarius that placed emphasis on the skills of the physician in the process of healing and in the case of the oil spill on the negligence and failure of a repeated offender in the industry. The Sun-Chiron sextile that preceded the First Quarter Moon then set off this scenario. 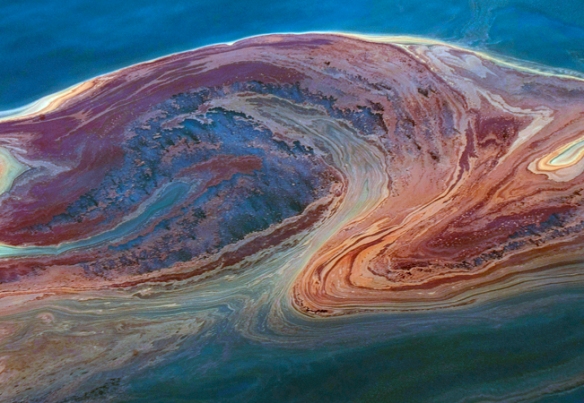